Breeder bundles enable you to plan your breeding effectively and in a more cost-effective way than PAYG services alone.
Choose your personal package.
These packages are designed for frequent breeders seeking a comprehensive services to unlock their ultimate breeding potential. These bundles offer a wide range of choice, providing a clear direction for all owners who are looking for trustworthy and reliable methods helping achieve supreme breeding practises and fool proof results.

Packages are based on services conducted by HomeScan at Hailsham, BN27 1UG.  Mobile scanning and microchipping services are available at discounted prices.

Ultimate: Recommended for owners new to breeding, requiring support and advice on the best breeding practices for puppy success. 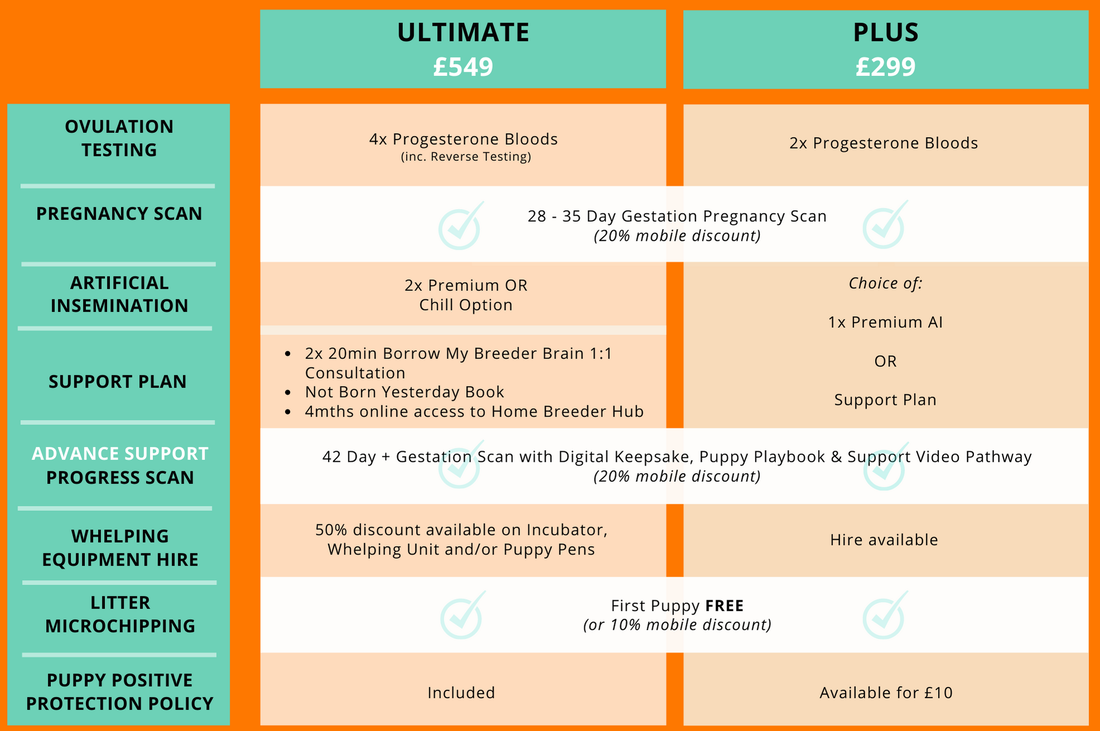 ​We've been breeding American Bullys under the VIP Kennels name since 2019. We're pretty proactive with our planned breeding's by tracking the ovulation patterns with all our girls, semen checking the studs and ensuring mating's with AI and then any naturals as a bonus.

Shyne is the dam of our most recent litter, Sara conducted some of her ovulation tests, and the stud owner conducted the AI. Sara confirmed four puppies with her pregnancy scan. We were surprised as she had carried eight in her previous litter, but what mattered more was that all pups were healthy, and Shyne had stress free pregnancy.

Day 65 of her pregnancy and rolling into the weekend, we decided to Reverse Progesterone Test to make sure her level was suitable for an elective c-section. Sara also checked the number of pups, all four had good heartbeats, and she measured the heads. Puppy measurements worked out 65 days, so not oversized, meaning a natural whelp could still be possible and confirmed the pups were 'fully cooked'.

Armed with this information, we actively managed the situation and decided to section. Shyne is doing great, and four healthy pups were born, three girls and one boy.

Sara's very easy to work with, provides nothing but support and we consider a vital part of our breeding programme.